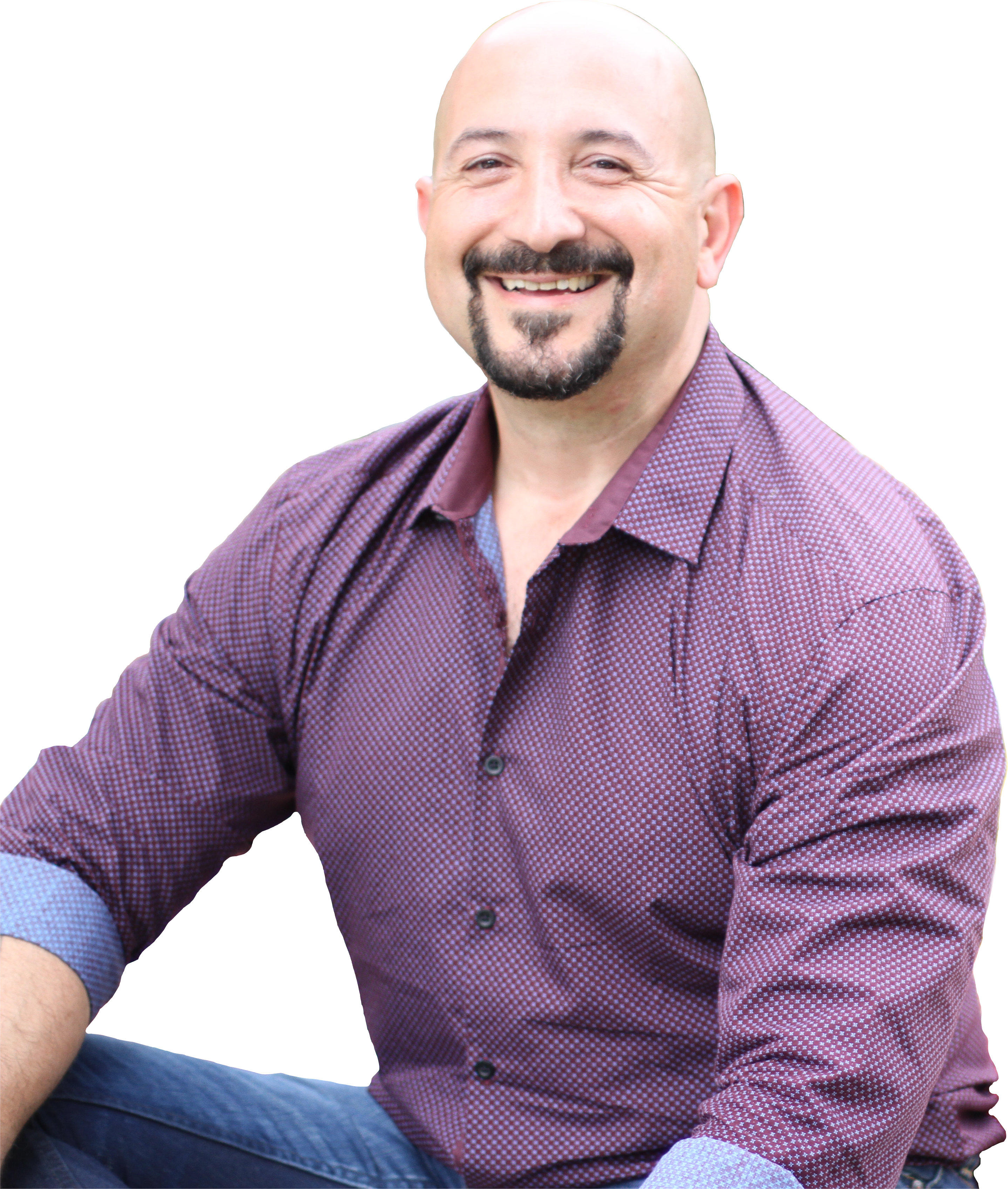 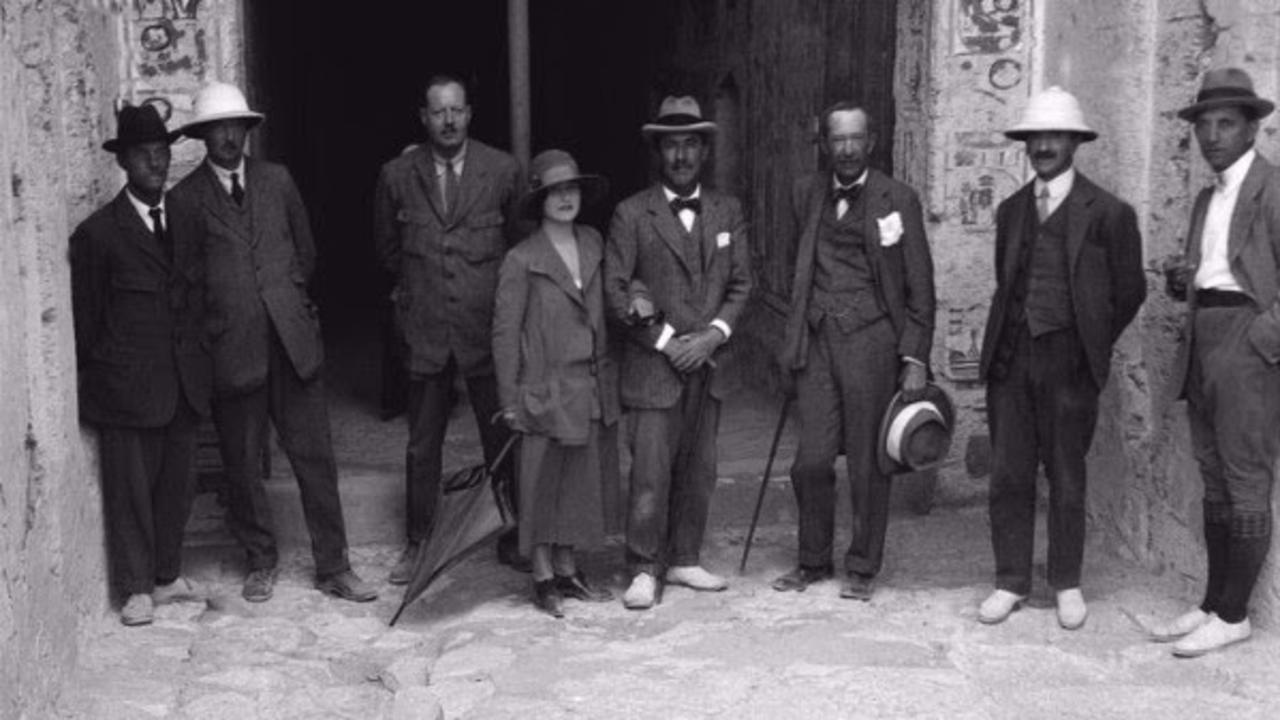 If we want to understand how to deal with the global imposition of artificial intelligence, we need to understand who is implementing it on the geo-political level and what their philosophical values are.

As many of you know, I am not a researcher or reader of books. Have not read a book for over 8 years. Last July I completed 50 orbits around the Sun and have only read about a dozen books my entire life. Two of those books were read in my last year of High School: Brave New World by Aldous Huxley (1932) and Nineteen Eighty-Four by George Orwell (1948).

Ironically, my final year at school was the class of 1984. Please bear these two books in mind as we venture further into this line of inquiry.

For those who are familiar with my work, you will have seen this following diagram before. It is a diagram I created many years ago explaining the three levels of control being imposed onto our planet and our humanity. 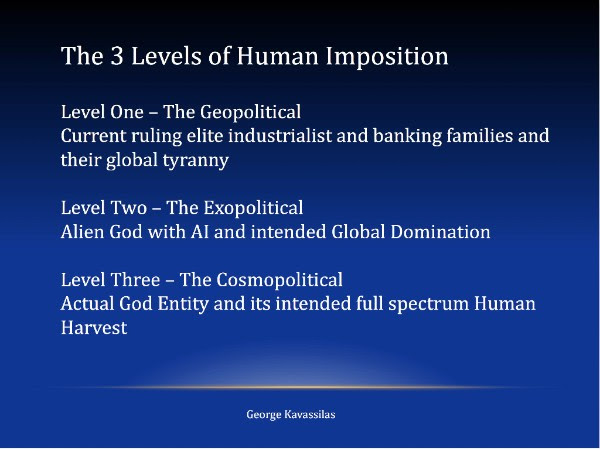 I am sharing this diagram with you here because what is now emerging is how Level Two is muscling in on Level One. Who represents which faction in our current political arena? I will leave that up to you to decide, but it is not too difficult to identify the spokespeople.

I’ve been curious for a while about when, in our recent past, the trajectory of human societies changed direction through technological advancements and associated philosophical values. The more I enquire, the more I see the significance of contact and influence by extra-terrestrial and inter-dimensional races. Interestingly, I keep finding myself confronted with the period in time spanning roughly from the late 1800’s through to the mid 1930’s.

When I feel into the story of the Roswell UFO incident in 1947 and the associated narrative that says the detonation of the atomic bomb attracted the attention, curiosity and even contact with extra-terrestrial and inter-dimensional races, that story doesn’t feel like the whole truth. Instead I keep feeling that, contrary to popular belief, Roswell was not the starting point of our technological revolution, but more of a calibration along the way.

Yes, Roswell and other associated incidents played a significant role due to the reverse-engineering of specific technologies … but … the industrial revolution turned into a technological revolution well before then.

Plenty of evidence shows that ET contact was happening well before 1947. Take the ‘Battle of LA’ in February 1942 and of course the story of Maria Orsic throughout the 1920’s and 1930’s as just two examples. 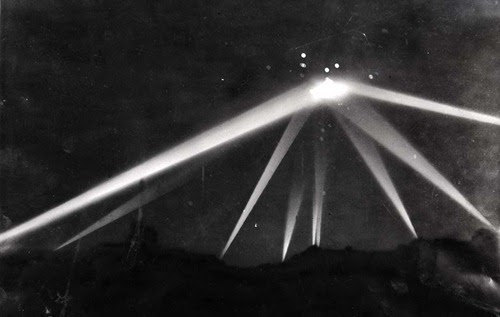 We also have the infamous “Bell” technology and the Foo Fighters during WWII. 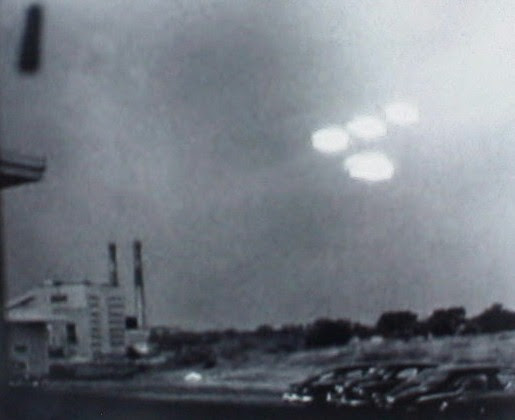 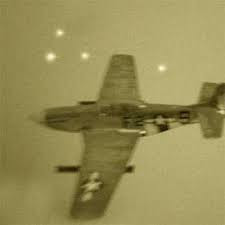 During the period from the late 1800’s through to the mid 1930’s there was widespread ET contact with thousands of people and also with government officials. “Coincidentally” also during this period in time occurred the greatest discoveries of ancient sacred sites across the globe, such as the opening of tombs in the Giza Plateau. Secret societies made a major push to acquire ancient technologies and esoteric knowledge and power. The wealthiest and most powerful oligarchs, industrialists and bankers of the time funded extensive expeditions the world over. 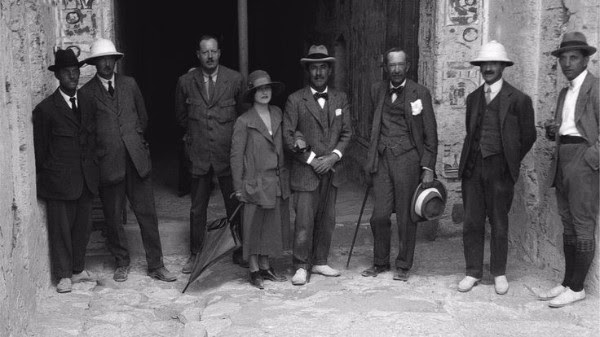 As a result, newly formed secret societies emerged that positioned themselves strategically to influence the global geo-political scene. One of the most infamous was the ‘Thule Society’ in the Bavarian province. The Grandfather of the Thule Society was Dietrich Eckart, who was Adolf Hitler’s private mentor throughout his younger years.

In my opinion, the experiments that took place with recovered ancient technologies triggered movements of multi-dimensional energies, which specifically connected these technologies to the energies behind their creation and their original creators. In other words, the experiments conducted in this period got the attention of these extra-terrestrial and inter-dimensional beings/races during these pivotal decades.

These experiments and resulting ET contact shaped the philosophical values and associated agendas running our society today. The running narrative would have us all believe that the detonation of the Atomic Bomb was the cause of contact with these particular ET races, but this occurred much later and got the attention of other races at a later time.

The atomic bomb story is the cover story. It’s a diversion from the oligarchs and their secret societies, who rediscovered and apprehended and hoarded these ancient technologies.

The secret societies strategically leaked some of the discoveries and conclusions from their experiments with these ancient technologies to a few chosen leaders in their fields, such as Nicola Tesla. The purpose of the leaks will become more apparent as you read on.

As a result, during the 1930’s prominent scientists and senior engineers proposed what they considered a utopian energy-based economic system called Technocracy.

This model was to be run by these scientists and engineers instead of elected politicians. The Technocracy movement started losing momentum in the late 1930’s because the globalist oligarchs along with the industrialists and their banking cartels did not yet fully understand the technologies and how to control them. So they took the movement underground, both metaphorically and literally. They wanted to study the technologies and prepare for implementation at a time that fitted in with their plans (and their overlords’ plans) for global domination.

Let’s take a closer look at this system of governance known as Technocracy. 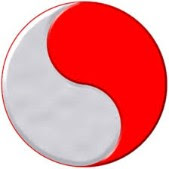 What does Technocracy’s Monad symbolize?

It symbolizes the balance between humans and the environment. In its original concept, Technocracy was created with good intentions. Technocracy was the first organization to begin talking about sustainability before the terms sustainability or “going green” were even coined. This Balance Symbol also refers to the correct balance between production and consumption.
Unfortunately, Technocracy is now seen as a Scientific Dictatorship and expressed beautifully in dystopian literature such as Brave New World by Aldous Huxley (1932) and Nineteen Eighty-Four by George Orwell (1948).

Both Aldus Huxley and George Orwell were members of these secret brotherhoods and societies. They experienced this emerging ideology called Technocracy when it was still in its infancy. I highly recommend reading these two books, because you are living through the implementation of a societal structure that is blend of these two versions of Technocracy.

After these oligarchs and their secret societies spent several decades vigorously apprehending all esoteric knowledge and ancient technologies, an underground technological revolution occurred. This revolution then branched off in two directions.

In one direction, we had the breakaway civilisation which continued to establish its relationship with these extra-terrestrial and inter-dimensional races. This breakaway civilisation remains hidden from public awareness to this day. Its rate of technological advancement is exponential (hence the term ‘Breakaway Civilisation’). This civilisation is based on multidimensional, living, conscious plasma and light energies.

In the other direction, we had the purposeful and targeted release of electrical-based knowledge and technologies to people such as Nicola Tesla, Thomas Edison, Alexander Graham Bell, Albert Einstein and Henry Ford, to name a few. These chosen few were selected to develop and release specific curriculum and applications of this electrical-based technology into the public domain. The intention was to create a societal infrastructure that was easier to monitor and regulate (compared to the plasmic light-based technologies).
The reliance on electricity guaranteed the slower development of humanity. By perceiving and measuring and evaluating all of life through the lens of these technologies, we’ve been contained in the restricting dimensions of electrical-based realities.

Technocracy re-emerged into the public domain in 1973 as a secret project of the Trilateral Commission, co-founded by Zbigniew Brzezinski and David Rockefeller. It was renamed ‘The New International Economic Order’.

“Coincidently” this New International Economic Order is responsible for the flow on creations of Agenda 21, Sustainable Development, Green Economy, Smart Grid, the Global Goals and now Smart Cities, including the Total Awareness Surveillance Initiatives and more.

Technocracy is now being presented to us cloaked in sustainable economic models and green economies. It’s now muscling in on capitalism and free enterprise. Technocracy is focused on creating a totalitarian system that controls every tiny movement of goods, services and resources.

Here is a quote from Ottmar Edenhofer, the co-chair of the United Nations Inter-Governmental Panel on Climate Change (IPCC):

“We redistribute defacto, the world’s wealth by climate policy. One has to free one’s self from the illusion that international climate policy is environmental policy. Climate policy has almost nothing to do anymore with environmental protection. The next world climate summit in Cancun is actually an economy summit during which the distribution of the world’s resources will be negotiated.” – Ottmar Edenhofer

I want to be clear: I agree we need to move away from these old polluting industrial-based technologies. My concern is this: who is managing the transition out of the industrial age and into the new technological age? What are their philosophies and what are their values?

Because their philosophy and values determine their intentions.

True science, by its very nature, is driven to break new frontiers and explore new realities with healthy curiosity and a sense of adventure. I am all for the true nature of science. Sadly, just like the area of spiritual and universal knowledge, the world of science in the public domain has been hijacked and subjugated. Here is how I see modern day science:

“Science is now a paradigm under complete suppression and control making it an institution of conformity. This substantiates the scientific establishments’ disposition as a dogmatic religion!” George Kavassilas

The only technologies allowed to be released into the public domain are the ones that serve the agenda for the continued control and domination of our humanity. Over the past few decades, more and more of the true scientists discovering cancer cures etc. and creating technologies that can release us from this global tyrannical regime hell bent on our enslavement have been ‘mysteriously’ disappearing or found dead.

As a result, the electrical-based technologies continue to grow and develop at an exponential rate. Surveillance capabilities – and therefore the ability to data mine our communities – are also increasing exponentially. Transaction tracking and the war on cash are more indicators of the rapid progression towards this new technocratic economic model.

We have video surveillance on every street and in every building. Every phone call, every text, every email, every key stroke, every transaction, every post on social media is recorded. In other words, everything we do in our modern world is monitored and recorded.

The infrastructure for Technocracy is currently being implemented globally. I have warned of the capabilities of the 5G network in previous articles - especially its ability to act as a platform facilitating a plethora of high tech digital technologies designed to manage our societies, including mind entrainment. The aim and vision of the technocrats is to have this 5G network in full global operation by 2020.

To help you better understand the ideological framework for a technocratic society, the following points are taken from the literature titled “Technocracy Study Course” (M. King Hubbert, New York 1934):

The seven basic principles for the implementation of Technocracy:

Here is a quote from the grandfather of Scientism and Technocracy, Henri de Saint-Simon:

“A scientist my dear friend is a man who foresees. It is because science provides the means to predict that it is useful and the scientists are superior to all other men.”

Technocracy by definition is a replacement economic system based on energy distribution and consumption that is run by engineers, scientists and technicians.

Technocracy is the hidden philosophical system behind the emerging New World Order on our planet.

Here is my standing equation:

What we are seeing is the changing of the guard from the old Industrialists and bankers to the new Alien God AI Technocrats.

George Kavassilas
I Am Infinite!

George is a sovereign, infinite being sharing his wisdom with the global community. 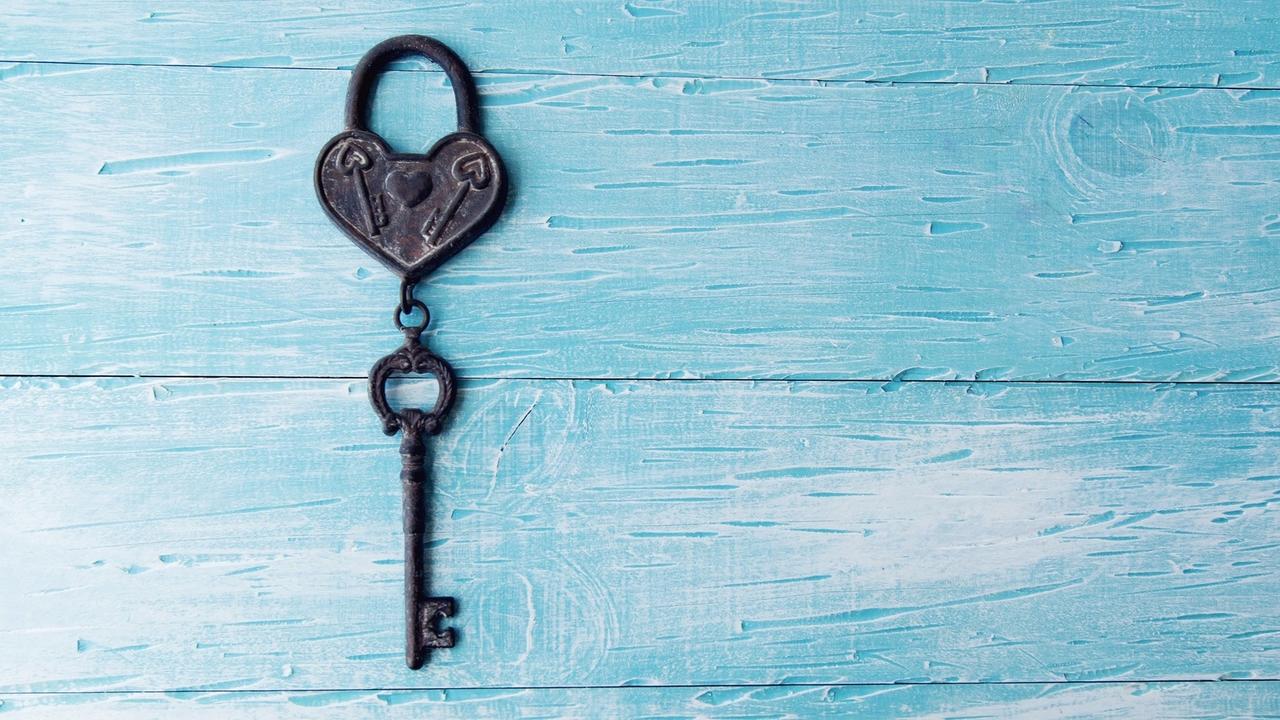 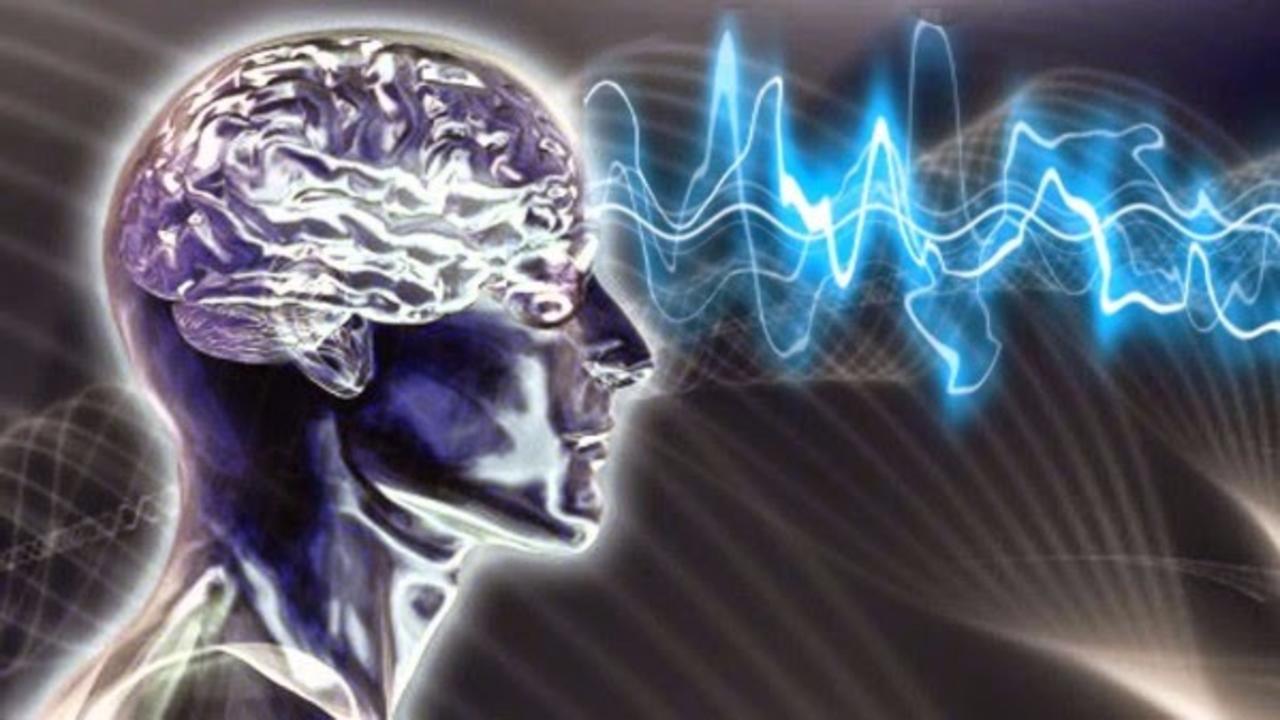 GET ANSWERS
TO YOUR BURNING QUESTIONS